Observations:
"oh it's a bunch of filthy Things. Things are not dragons, and they resent being called as such! in fact, they are related more to raccoons than dragons. Things live in swamps, marshes and bogs because they like stinky places. the ones caught as pets would love living in your compost heap, your waste bin, or failing that, your dirty laundry (I promise they're not perverts!). they will survive off anything and everything that has a strong smell. got given some Stilton as a present from your senile aunt who doesn't remember that you don't even like cheese? your Thing will gobble it right up. just found a long-forgotten bowl of pancake batter that's moulded over and growing its own ecosystem? the Thing will take care of it. the only thing to remember is that Things won't eat human or other pet waste! so don't try feeding it a dirty nappy or a full doggie doo-doo bag - you'll end up being sprayed with poop when they spit it out. and that's nasty." - Cath, original Discoverer 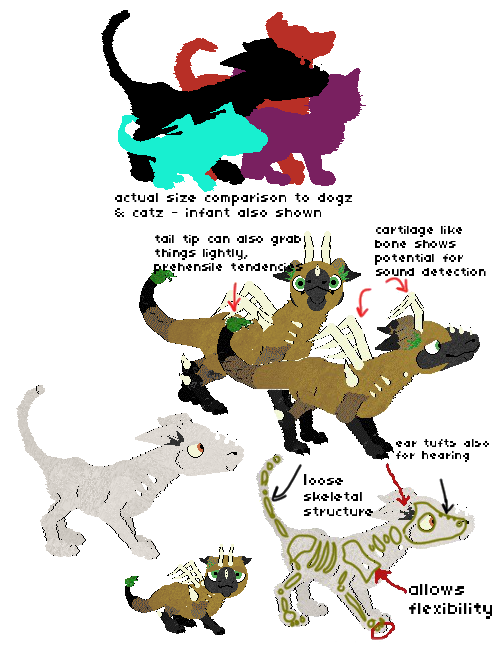 True to original observation, Things eat all garbage and leftovers in the most reasonable sense- and while they will eat meat, it must be from a dead animal carcass and not prepared for them. Humphrey appears to be a variation from the normal style, possibly from another region as he was discovered before the standard species- nicknamed the "eastern variation". The wings they display are of no apparent use, but are used in mating displays and to show prowess. Even juveniles have them early on in development.  The smaller spikes along the shoulder and nose have sensitivity to vibrations and apparently allow for heightened sense of smell for seeking out refuse (though really, who would need better smells for that). Friendly when properly socialized they prefer dark and cool areas, such as basements, and are most active at dusk. 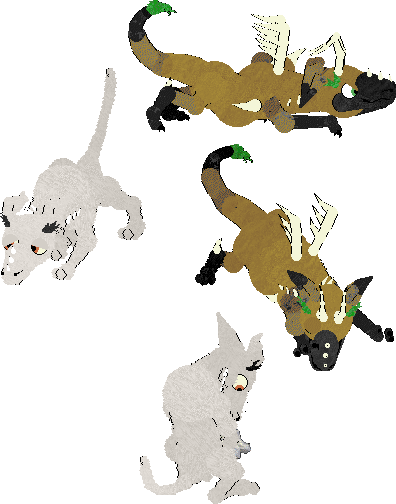 - dislike bodies of water eg. lakes, rivers, a bath
- surprisingly clean despite that, as they clean themselves like cats
- in the wild they have been spotted living in colonies of around 5-8 individuals, often unrelated, though they seem to not have any one leader, like they're together for safety rather than as a family group
- in captivity they usually do not mind any other animals and have no prey drive, but aren't usually keen in having company of the same species (perhaps a rivalry for the food/attention?)
- recent discovery: they really like rotten fish, it's like catnip to them

5-8 individuals, leader more for safety than social bonds
Shows a lack of prey drive in captivity but prefer single life 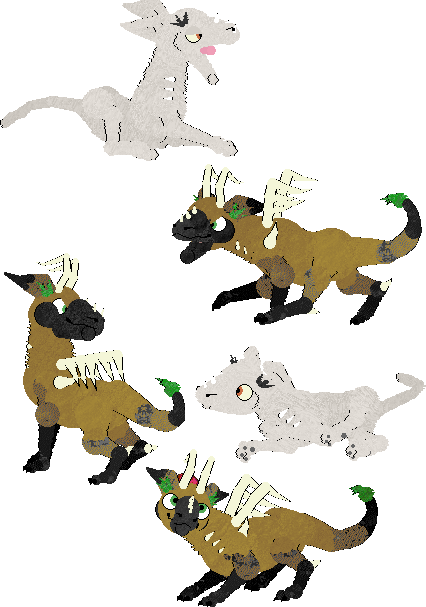 The Care and Keeping of Your "Thing"

So you find yourself with a "Thing" on your hands do you? Well fear not, they are relatively rare but easily kept content in captivity. Substituting a basement setting that is cool, or perhaps a root cellar that is slightly damp will suffice.

As to the care and feeding, the aforementioned delectibles are now available to you here for download. Namely the cheese and pancake mold and a pile of perfectly dirty laundry (though you may wish to make your own). 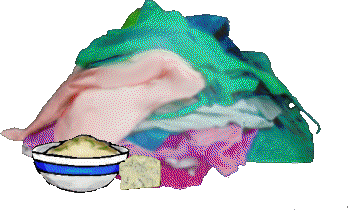